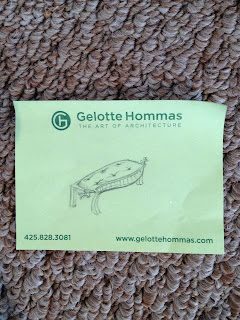 Amy and I will often go to antique stores on Sundays.  On a recent Sunday I found an older fireplace guard  and all I could see was a bench.  This is the sketch I made after purchasing the piece. 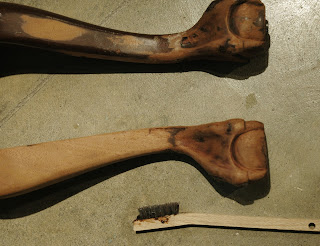 A few weeks later Amy and I found ourselves in yet another antique store.  This time we were after an old chair or table we could steal some legs from.  This poor chair had no idea that its life was about to end.  I pulled the legs and stripped the finish to reveal some nice looking mahogany. 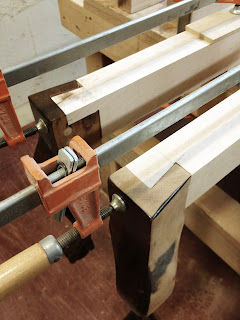 Once the legs were off the challenge quickly became how to fit them to the new wood.  The frame of the bench left few options to attach the legs, but this is how it went down. 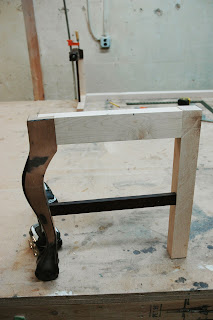 This is what the side would eventually look like.  The whole idea of the bench was to be classic and antiquated in the back (the claw foot) and modern in the front (clean line maple). 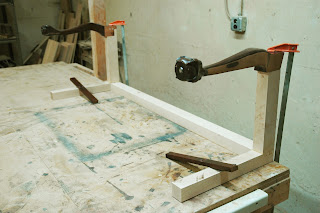 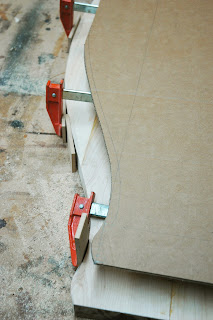 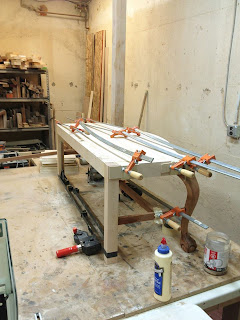 This got really tricky as I had to keep the legs parallel to each other and perpendicular to the bench top as I clamped the sides on.  This is some serious duct tape and peanut butter stuff here, but it worked until the glue set up. 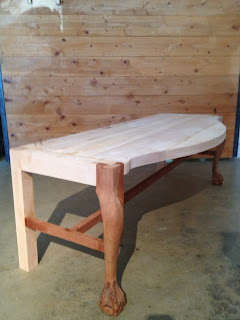 Here is the bench pre-sanded and pre-stained.  Now the fun stuff starts... 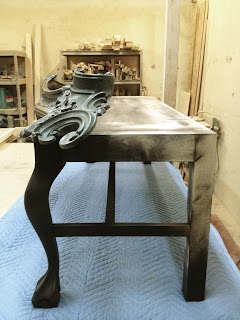 I wanted the back to be black and the front to be more stained wood.   I dyed the entire bench with a black aniline dye.  After it dried I sanded the wood back where I did not want the black to be. 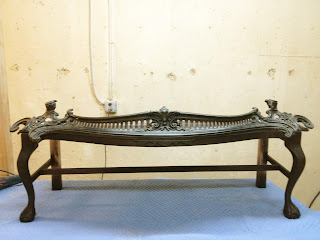 Here is the backside after the dye and first sanding. 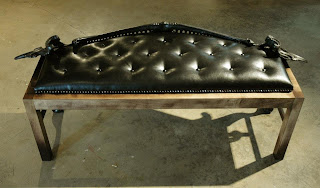 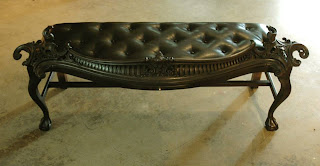 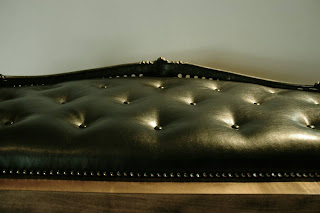 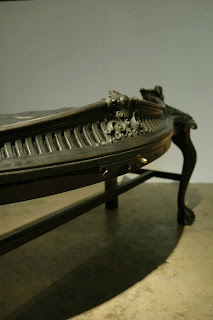