We decided to make the desk using the wood from old pallets.  The aged slabs of a pallet are not the best wood for structural use on their own, but when adhered to a custom fabricated frame made of oak ply they become not only strong, but stylish as well.  Because we are not throwing out the pallets... less trash!

We decided after much deliberation (mostly Erik's) that purchasing a desk made in this fashion would be wildly expensive.  We also threw out many other ideas that were not versatile enough, not as environmentally conscience and just plain unattractive.  Because we were not spending more on inferior design and poor construction.. more cash! 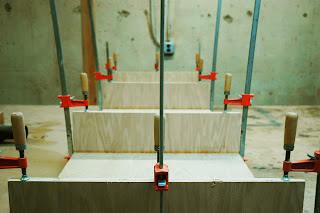 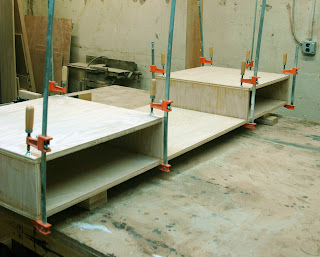 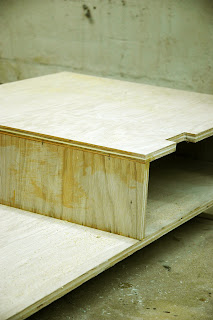 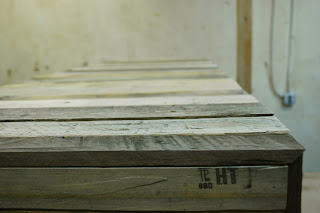 Leaving behind the character of the pallet wood 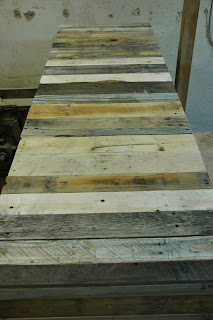 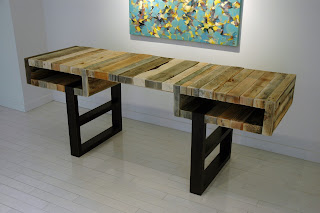 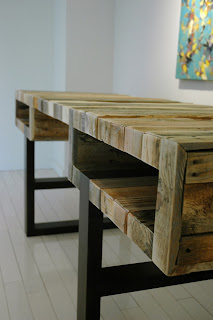 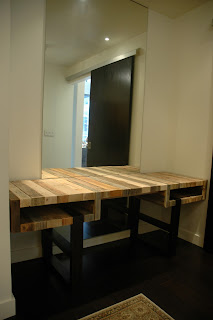 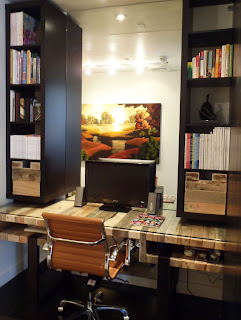 Complete
Posted by HALL/SPASSOV at 2:40 PM